Psychologists say that your answer to this problem reveals a lot about you. 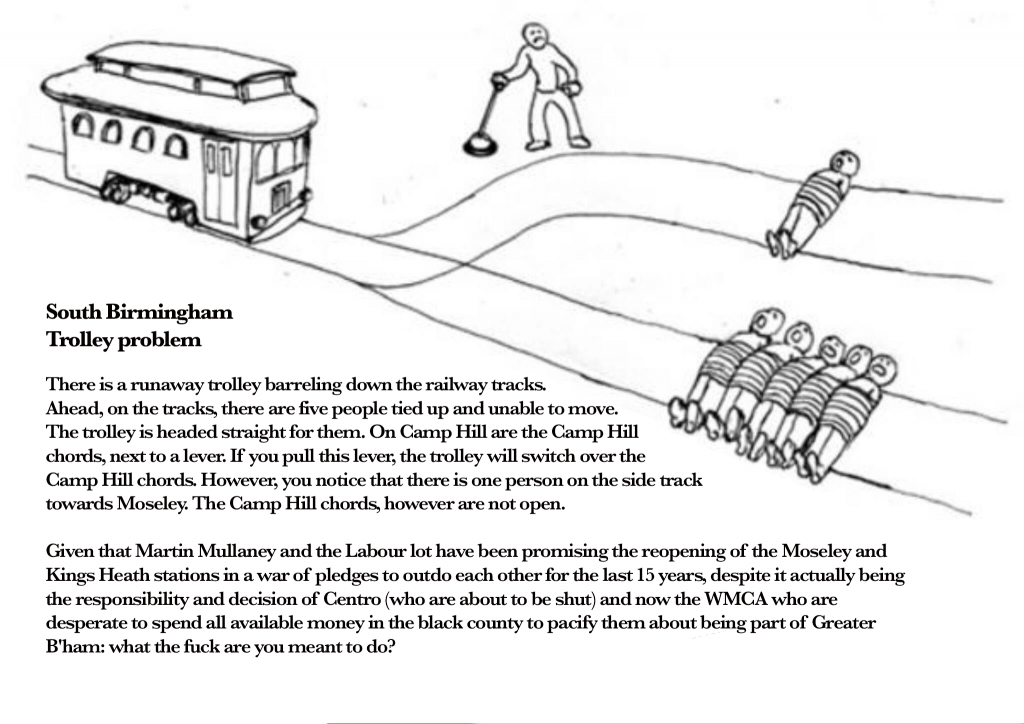 Given that Martin Mullaney and the Labour lot have been promising the reopening of the Moseley and Kings Heath stations in a war of pledges to outdo each other for the last 15 years, despite it actually being in the gift of Centro (who are about to be shut) and now the WMCA who are desperate to spend all available money in the black county to pacify them about being part of Greater B’ham: what the fuck are you meant to do?