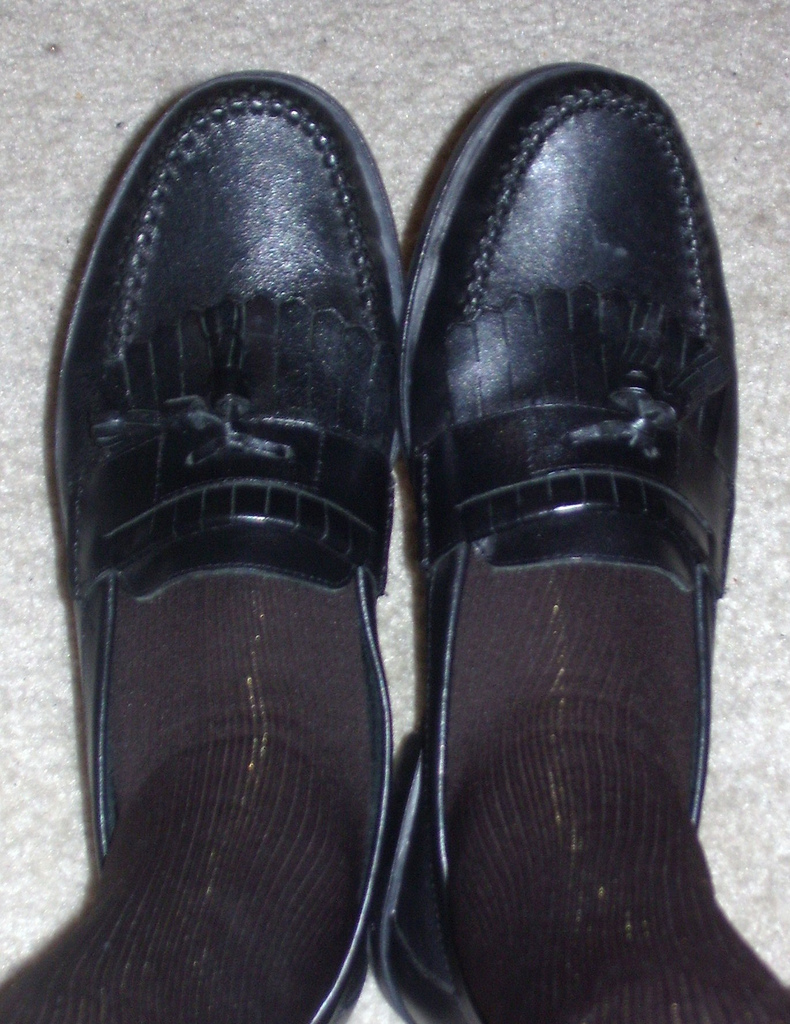 Posh men’s shoes are always shiny, and that’s hard to keep up. Unless you have a basic military training, polishing leather is boring hard and messy. Luckily for the servants of the rich and famous, there is an alternative. An for that alternative the maids in Manhattan have to thank: Birmingham.

Back in 1793 a chap called Hand, in Birmingham of course, obtained a patent for preparing flexible leather having a glaze and polish that renders it impervious to water and need only be wiped with a sponge to restore it to its original luster. This is patent leather, and it’s been responsible for awful shiny shoes all the way from Bacons to Freeman Hardy and Willis, to Hollywood (which we invented too).

Birmingham: it scrubs up well. Or wipes up with a sponge easily. Or something.