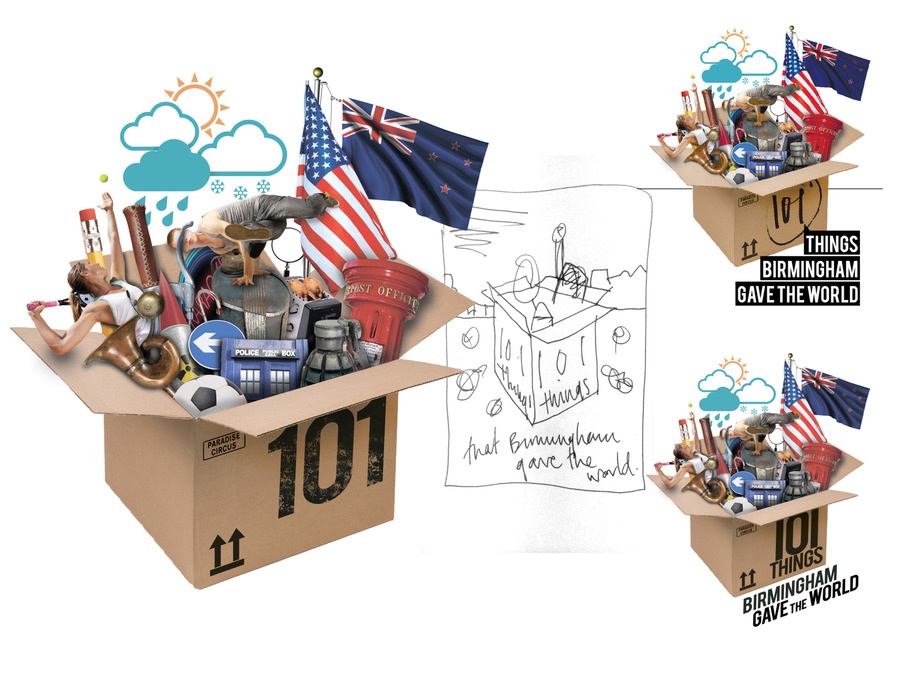 When Charles Henry Foyle invented the cardboard box, in Birmingham, in the late 19th century, he by turn invented supermarkets: for would they be able to pile ’em high and sell ‘em cheap if they didn’t pile neatly in cartons and boxes?

They, including Jack Cohen who came up with that motto and founded Tesco, would not have been able to. That the real idea turned out to be to pile ‘em high, sell ‘em cheap, force other smaller retailers of ‘em out of business, before using your virtual monopoly of ‘em to control both supply of ‘em and the eventual higher price of ‘em isn’t Charles Henry Foyle’s fault. He just originated the process that made manufacture of brightly coloured containers to put ‘em in cost effective. They call it the ‘folding carton’.

Charles was lucky to be in Birmingham. Birmingham as we’ve discovered is a place where lots of people invent lots of things. And those things that aren’t cultural concepts, or gases, or types of buildings, or sports, often need boxes to put them in. In Birmingham he had bicycle bells and kettles, and shit shoes to make boxes for. if he’d lived in Manchester or London what would there have been to box up? Cotton? Rain? Alan Sugar’s wolf-like hands pointing across a glass table?

The invention of the box, and the founding of the excellently named Boxfoldia Ltd made a fortune as well as the future. If you’ve been to the MAC or the Birmingham Museum and Art Gallery then you’ve shared in those profits too: Charles Foyle used some of his wealth to start a trust for the good of the city, one that’s still going nearly 70 years after his death.

A renaissance man as well as a philanthropist, Charles privately published Alice Through The Paper-Mill, an Alice In Wonderland inspired satire on war-time paper control regulations — a delicious subject for humour. No doubt he had to lean heavily on brothers William and Gilbert who had founded Foyle’s bookshop in London to stock it.

The book contains a chapter where Alice exclaims to one of the odd inhabitants of the world, “I thought you’d gone to Reading?”, the very idea of which is so surreal it rather makes the whole book seem unlikely. Even when Boxfoldia Limited was resurrected a couple of years ago — it had lasted until 2005 when it was liquidated — it only went as far as Redditch.

All hail the cardboard box, a plaything of children who are ignoring the latest toys, a place to put your shit, and a home to many in these Tory days.