We all know that Birmingham isn’t shit. We’ve spent nearly 20 years telling people, showing the world, and often undermining our case. In our new book we lay out the ineffable reasons why we say ‘Birmingham: it’s not shit’ and attempt to eff it. Mr Egg has had a spate of attention during the huge omelette of activity that is the Commonwealth games, so we thought we’d share our meditation on the meaning of it to Brum.

Mr Egg is not what it was, or rather it never was what we thought it was. The idea of Mr Egg and the reality have just drifted further apart.

Cooking eggs is not as easy as it looks, and this is why, for a post-pub eatery, Mr Egg could not be beat. Or the reason for its popularity might just have been being the only place open at 2am where you could sit in relative comfort and eat what passed for food. When it closed, it was — not to go into the acid detail — because you just could not get the staff. Not ones that hadn’t just been convicted of assault with vinegar, anyway. 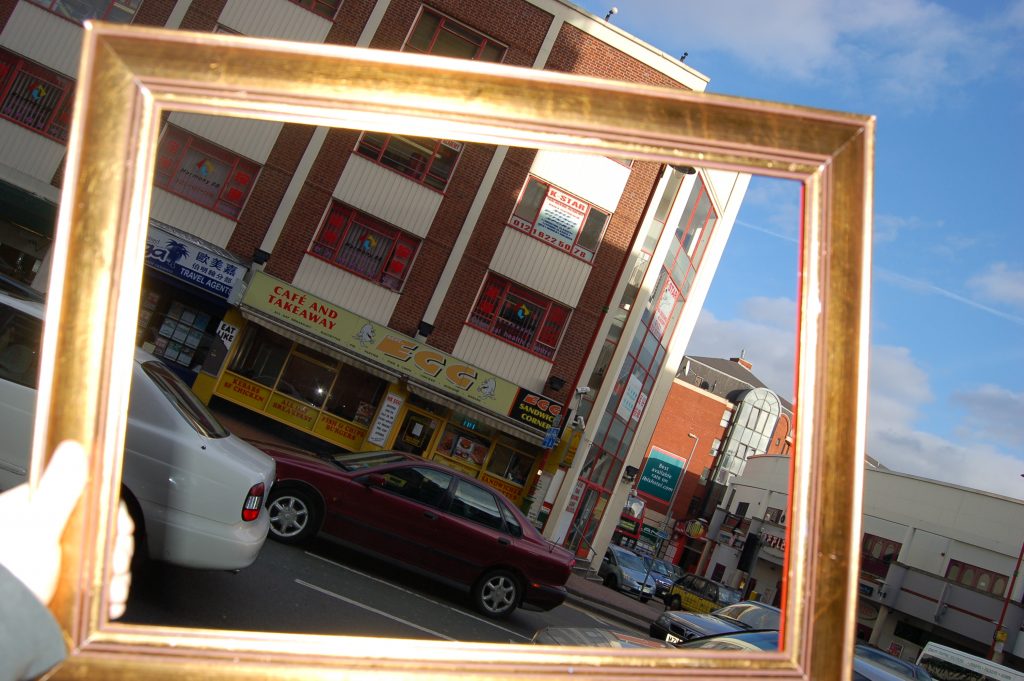 But who is Mr Egg? It’s an identity that is a closely guarded secret, like that of Big John, King Kebab, or those people who post lots on Twitter in defence of Northfield Tory MP Gary ‘Big Dinners’ Sambrook but about very little else. I decided to crack the case, then couldn’t be arsed to ask anyone, and will just do a quick yolk.

I know it wasn’t the Marquis de Condorcet, who, during the French Revolution, like a Queen, lost his head and made a huge mistake. Escaping the terror in disguise he entered a tavern in a small village, and blew his cover when he called for an omelette. “How many eggs in your omelette?” asked the innkeeper. “A dozen.” “What is your trade?” “A carpenter.” “Carpenters have not hands like these, and do not ask for a dozen eggs in an omelette.” Seems he didn’t realise that one egg would have been un oeuf. Despite Mr Egg’s publicity, very few members of the aristocracy are that au fait with egg-based dining.

Brummies were devastated when Mr Egg closed, as were the Glee Club’s roster of touring comedians who now had to agree on another local reference to drop into their sets, but in a way I was elated. Mr Egg became pure at that point, transitioning it to what it really was  — a meme — unspoiled by anything real that could leave a bad taste in the mouth. But eventually, this is Birmingham of course, commerce prevailed, the meme was poached and a new Mr Egg, smaller, worse, was born. Awful news, but as Second World War winner Joseph Stalin said, you can’t make an omelette into street food without breaking eggs.

Things that Brummies love are always split in two: Central Library during its demolition, the 11 route during the Commonwealth Games roadworks championship event and — like the brooms in The Sorcerer’s Apprentice, each one smaller than the last but still operating independently — UB40. That happened to Mr Egg too: it split, half in Selly Oak, and half in Hurst Street. Literally: the original reduced to 50% of the footprint, signage by necessity removed, legend scrambled. Was anyone surprised? Will the two halves ever be reconciled? You can’t put Humpty together again, even if all the men and horses can eat like a King for a quid.

And if that made you smile, I can guess why: one of the only bits of the real Mr Egg in the shared idea of Mr Egg is how great it was when they ​​changed the sign cheekily from ‘Eat Like A King’ to ‘Eat Like A Queen’ as the area was designated the Gay Village. There was something perfect in that understated Brummie humour, and I bet they didn’t issue a press release.

In the film Sunset Boulevard, faded movie star Norma Desmond says “I am big. It’s the pictures that got small.” Mr Egg is still big, it’s the Hurst Street takeaway that got small, and our Mr Egg — the one in our heads — is cracking.