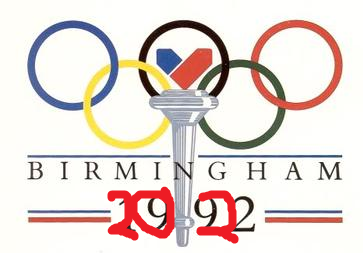 After thirty years of hurt, here’s all our content about the thing.

Pulling our legacy: and being not shit

The Paradise Circus view on the legacy of the Commonwealth Games.

Adrian Chiles does not miss when he (often) praises Birmingham for not being boastful. Stephen Knight and all the other creative collaborators around the Commonwealth Games resisted the call to bang drums and blow trumpets while shouting loudly and removing...Read More »

Have a Cow, man

Birmingham has gone bull crazy during the Commonwealth Games, as well as rhythmic gymnastics crazy and admitting Birmingham is OK crazy. These are all good things, but why is our latest bull the first to really represent something about us, and what next?

“It’s been years since there was any bull...Read More »

So farewell, then, Commonwealth Games

So farewell then, Commonwealth Games

You’ve made Smithfield be the name of a place

We all know that Birmingham isn’t shit. We’ve spent nearly 20 years telling people, showing the world, and often undermining our case. In our new book we lay out the ineffable reasons why we say ‘Birmingham: it’s not shit’ and attempt to eff it. Mr Egg has...Read More »

Silence the trumpets and with muffled drum

We love to send Danny Smith into the heart of the action. The big heart , obviously. But this time he’s sent himself. Here are some direct live What’s Apps from up town, where he’s now wrangling kids for the day job.

What can we expect of Birmingham’s Commonwealth Games opening ceremony? Sir Albert Bore on an open topped 11A? Roy Wood riding Brum the little car? Not wanting to spoil the surprise but we’ve got a leaked email from the artistic team…

We fancied getting a real insider’s view of the Commonwealth Games, so we suggested our Contributing Editor get in there. After failing to qualify for anything he had to get a day job, and then not give it up.

Elmore Leonard once advised that you should start a book...Read More »

Too Much Monkey Business: The Return of Kong

Giant monsters are always analogies. Godzilla, in early incarnations at least, is agreed to be a 30 storeys high metaphor for Japan’s terror of the atomic age. Not just the destruction it could cause, but the ineffable effects of nature itself.

When King Kong first appeared in 1933 the story was...Read More »

There are eight million stories in the naked city. Danny Smith is always up for naked stories, so we sent him to the city. Turns out that this particular Commonwealth Games launch didn’t have any of the nudey volleyball.

The couple behind me have been talking since I arrived. Their accent...Read More »

How’s the shop going? I am joking of course, I...Read More »

Older Entries »
Paradise Circus grew out of the famous, now mothballed, Birmingham: It's Not Shit that chronicled and championed the real Birmingham since 2002.
A Birmingham Miscellany, Paradise Circus is an ongoing love letter to a battered city. It writes, makes and records things about Birmingham. We have a manifesto.