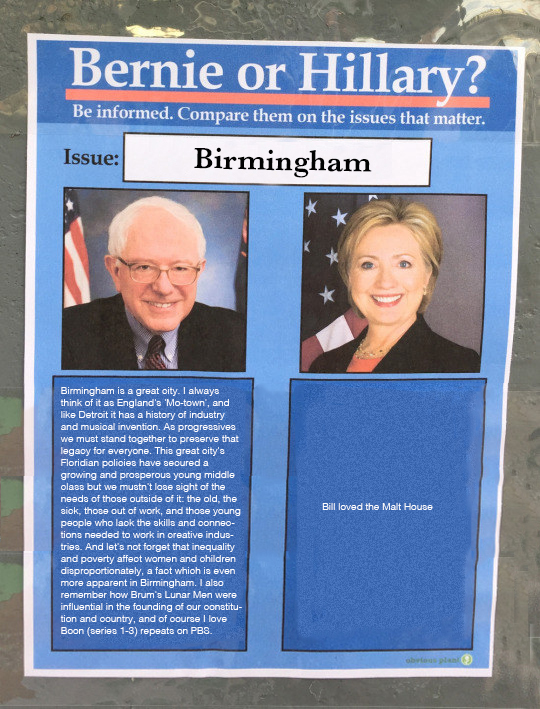 Birmingham is a great city. I always think of it as England’s ‘Mo-town’, and like Detroit it has a history of industry and musical invention. As progressives we must stand together to preserve that legacy for everyone. This great city’s Floridian policies have secured a growing and prosperous young middle class but we mustn’t lose sight of the needs of those outside of it: the old, the sick, those out of work, and those young people who lack the skills and connections needed to work in creative industries. And let’s not forget that inequality and poverty affect women and children disproportionately, a fact which is even more apparent in Birmingham. I also remember how Brum’s Lunar Men were influential in the founding of our constitution and country, and of course I love Boon (series 1-3) repeats on PBS.