I’m a Birmingham City fan, so I’ve always been happy to enjoy the bedsheet painting, cabbage throwing, Tim Sherwood employing comedy that comes straight outta Aston. But I actually have a lot of love for the outfit, I grew up in one of the rows of terraces in the shadow of the monolithic North Stand.  I think of them much like the Harold Lloyd films I used to see on the telly on before the News until the BBC bought Neighbours. Lots of falling down, running aimlessly and even sometimes Paul Birch dangling from the clock on the Witton Lane Stand.

I used to go to a lot of Aston Villa games with mates and family, and there was always fun to be had – but looking back two things outside of matches really stand out as the comic events that make me love the Villa. And by extension delight me about Birmingham: because while we might have one of the most violent fan rivalries going, it’s built on slapstick and fun.

Villa in the late eighties didn’t win many trophies, which may have made their team photos a little dull — until in stepped sponsors Mita copiers and made sure that they looked like they’d got a few gongs. 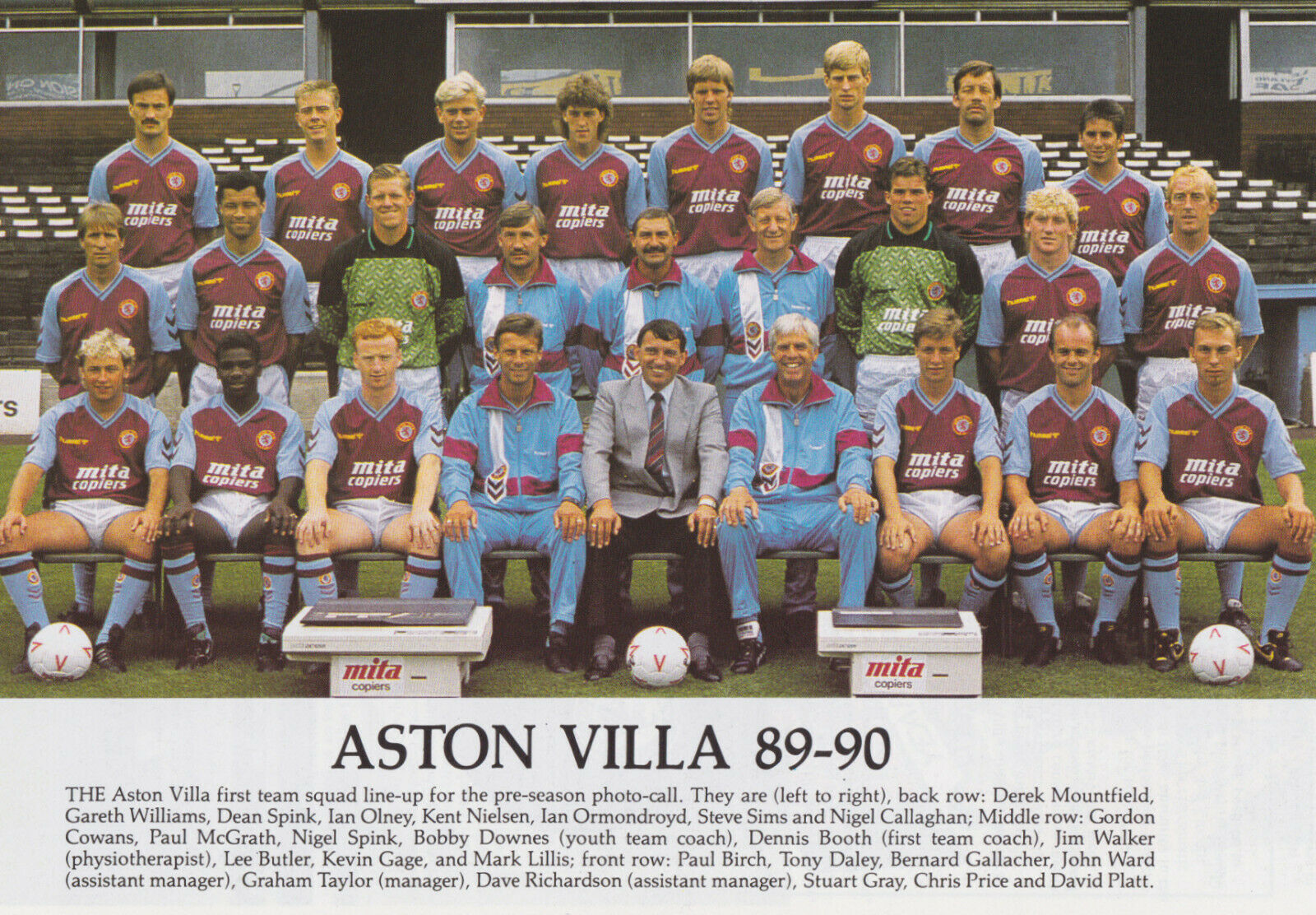 I wonder if Paul McGrath got free toner.

Villa’s —long replaced — Witton Lane stand had permanent advertising across the front of the roof. Pretty permanent they were, as they were huge. I recall MEB (the electricity board), Ansells ‘loads of everything’ and closest to the old massive Holte End terrace was one for Taylor Steel (for that well known consumer good flat rolled steel products) which promised ‘Division One’ Service (note the scare quotes).

But then Villa – only five years after that European Cup win – were relegated in 1987.

Rather than change the advert, they got someone to go up on a ladder and spray with the old stencil font ‘STILL’ – making it STILL Division One Service’ – which I always read with a sneer suggesting the rolled steel products were better than the rubbish in front of you.

Which under Josef Venglos a few years later they surely were. More solid at the back anyway.

There wasn’t a way of washing it off, so despite Villa’s return to the top flight this remained as long as the stand did – and it made me laugh every time I saw it. However no-one else has ever found it as funny. 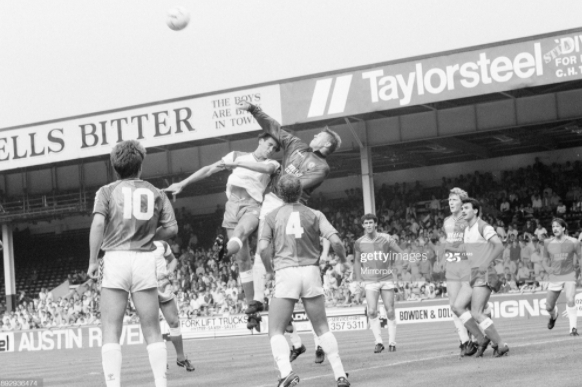 Photos of this are hard to find, especially pre-stencil, but enjoy one of Nigel Spink. Something no-one’s ever said since that night in Rotterdam.