Welcome to Paradise City #1. We’re as surprised to be here as you are. We just put a sign up form up for a joke, but lots of you wanted to sign up for… for what? We’re not sure. You are our early adopters. You’ve stood outside our shop from 5pm the night before to get your hands on this newsletter. As you stumble out of our boutique into the street, feeling a little guilty and sick, perhaps, the man from the Evening Mail is there asking you “Why?”. “Why did you have to be here?” he says “What does it mean to you?” “I just wanted to be here” you say “it means everything”. That guy is not very good at interviews, or rather he is so long as what you want is the most banal consumerist platitude.

And then off you go, clutching the prize and you open it and… it’s alright. There’s loads of things missing though, really. It’s like the start of a good idea. They’ll get it right next time, and when they do… you’ll be here. It means everything.

There are plans afoot to for NatWest tower to be replaced by temporary giant balloon model of a poodle. If any temporary public art is going up in town then King Kong has the pedigree — if only we knew where he was. (Saved you a click, he’s in Penrith).

Bobby Alden has thrown  his mane into the ring to be new head twat on Top Gear by suggesting cycling is just for quiche loving tree huggers. By the way, Birmingham Gave The World Top Gear.

Total Eclipse of the Heart of England 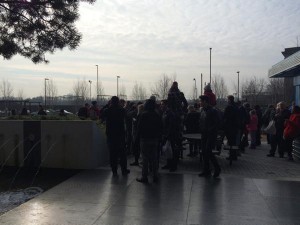 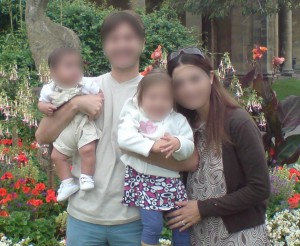 She has her father’s eyes, doesn’t she?

Surely it won’t be hard to track down this distinctive looking family of Back to The Futurecosplayers — @just_ade found their memory card on the Parade in Sutton.

So hello then #WorldPoetryDay
You are a day
For poetry
And also trees
And Downs Syndrome
I wonder what colour they’ve
Lit up the
Library?

Occasional author of brummicana Chris Beanland spotted this lovely promo video for the second city — we ran an extract of his book a while back.

So that’s it for now. Let us know if this is the right sort of thing by tweeting us and tell your friends if you liked it.