A whopping 65% of people in a recent poll said that Manchester was the shittiest city in the UK, beating London into second place. Birmingham, for once, came nowhere—proving that it’s the greatest city in the World, officially. Yes the city famous for its rain and dull football rivalry edged out the home of black snot and fat bicycling Tories to be first place as Britain’s worst place.

When asked about Birmingham a whopping 96% of people agreed that it wasn’t shit—4% didn’t answer the question—with 21% getting quite defensive and angry. A person who was not interviewed for the survey, but was asked later to comment on our spun version of the results said:

“Of course Birmingham is better—it’s about time people realised.” The full results of the Internet poll, conducted by a website to boost its popularity and newsworthiness, are not available.

After yet another survey created to create news and prop up a failing business (this time Trinity Mirror itself) ‘slates’ Birmingham, it’s time to have a proper scientific survey that will produce proper results. So we’ve made one, please take it here:

END_OF_DOCUMENT_TOKEN_TO_BE_REPLACED

So. Farewell
Then
Central Library

John Madin’s ziggurat
You were a huge
Building
With books in.

But that was not
Your only purpose.

You stood for
Ambition and
Birmingham’s ideals.

But you weren’t
Neo-classical.
Or “iconic”,
Apparently.
So the philistines
Pulled you
Down. 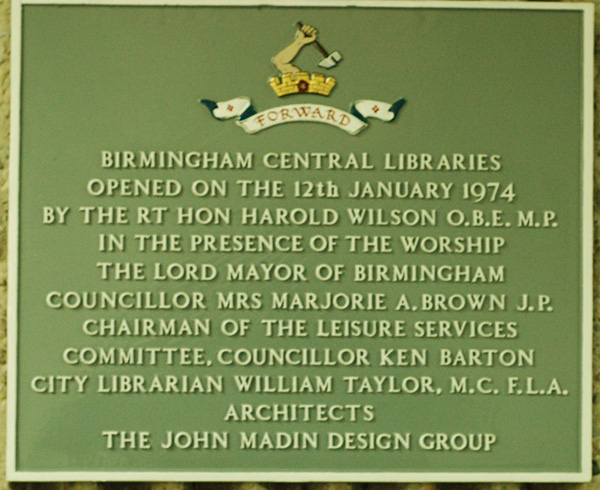 When Europeans discovered the Americas, they didn’t let indigenous races spoil their narrative: that continent was discovered and it would stay discovered, damn it.

They say that every generation of teenagers thinks it’s invented sex. The moment we become sexually active we reinvent the wheel (you ever tried it? I’d advise you stretch first) and simultaneously project our parents into a sexless hinterland (a bit like Telford, where fittingly Philip Larkin worked), denying them a sexual history despite being embodied evidence of it.

Brummies have an Americas: it’s the King Kong statue, a monument forever being discovered.

END_OF_DOCUMENT_TOKEN_TO_BE_REPLACED 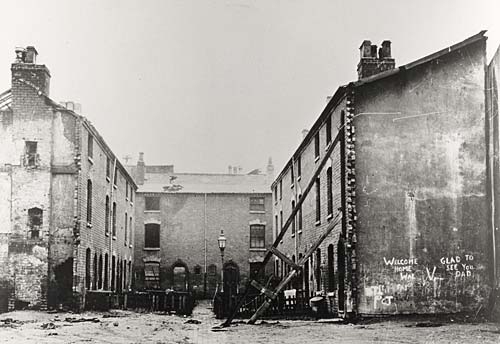 Every tragedy has a beginning, and sadly one of the greatest tragedies of our time begins here, in fair Birmingham. For it was here, in the workshop of the world, that social housing was really born and with it was wrought death and ruin upon the land.

For decades sick-lefitsts have praised their liberal hero Joseph Chamberlain, for giving them the Lebensraum to live feckless lives, and for granting them the license they needed to beat the women they hate within the walls of homes paid for by hard-working Britons like YOU. Joe saw the slums and ramshackle utility production provided for the poor of Birmingham by private enterprise and his communist instincts kicked in. The Stalinist before Stalin’s Artisans’ and Labourers’ Dwellings Improvement Act paved the way for huge slum clearances and building of  dole-dwellers mansions on our beautiful countryside. His work was the start of nearly one hundred years of pandering to those who just don’t want to work hard.

Thankfully we are beginning to turn a corner, and once the precariat are rightfully stripped of shelter, murder will once again be the rightful preserve of those who do the right thing: men of good social standing, the educated, and the hard working business owners who make Britain great.

If they want a 3D TV, they’ll have to pay for it out of their allotted fifty three pounds a week.