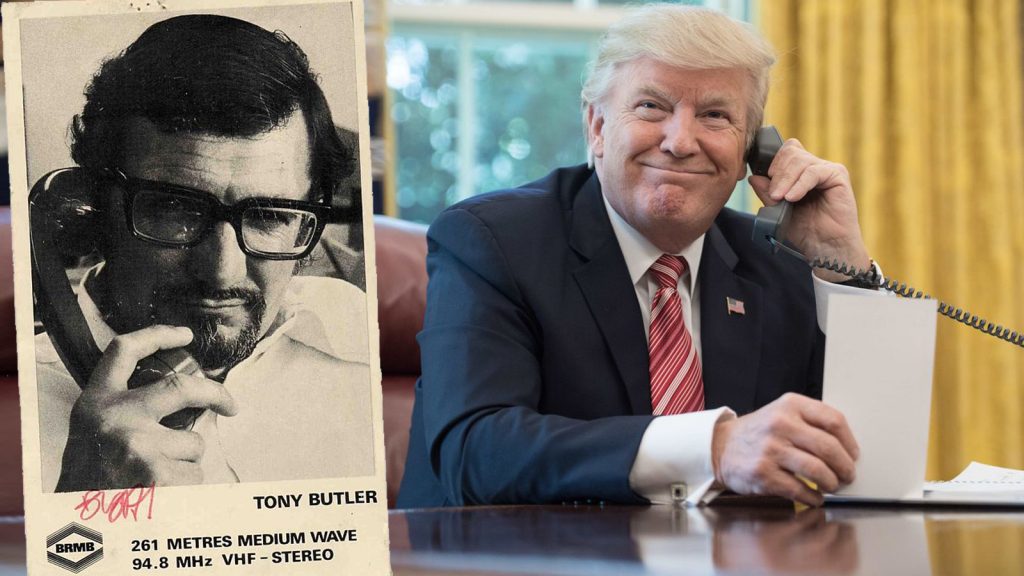 Jasper Carrott used to, and maybe still does, do a bit about a guy inadvertently swearing on local radio. The offender is new recruit sent out to report on a football match, and he almost manages to grab what will be a great bit of radio. In the days before outside broadcasting was easy he’d got one of the managers to agree to come to the phone to do an interview. This was all set up, and the studio was ready to come back to him after the news for his big moment.

Except the manager — probably Ron Saunders, who used to manage all local teams at once probably — got bored and left. “Tone, Tone, he’s fucked off, Tone,” broadcasts our hero.

The ‘Tone’ in question was Birmingham’s own Tony Butler who bestrode local sports radio in the ’70s and ’80s and with one simple innovation changed the whole media landscape forever.

You would think that Tony would now be Director General of the BBC, or at least famous enough to be on gardening leave after some historic accusations. He’s not, he stayed doing pretty much the same job until his retirement in 2013. At one point in the ’90s Tony was promoted to the breakfast show on golden oldies station XtraFM, on this he unveiled his competition ‘Butler’s Bucket’ in which listeners would have to guess what item was in his bucket. If this radio gold was cut short by someone guessing, then people would be asked to guess where in the West Midlands the bucket was.

And in that simplicity and interaction was Tony’s genius: he let people phone up and say what they thought. He just put the public on the air: he invented the football phone-in.

They even let him do it on Birmingham L!VE TV — the local opt-out of the channel that usually filled time with The Weather in Norwegian, the sight of a bra-strap, or a young journalist in a rabbit costume — where in the years before any video calling, and at station with few technical tricks he sat in an office in the Post and Mail building for Butler’s Sports Special and, well, answered the phone.

From the humble beginnings of asking people to call BRMB and say that Graham Turner was crap, the format exploded to fill every radio station, all of the time. Now there isn’t a media outlet that doesn’t ask YOU what YOU think so that you will happily fill THEIR air, inches or pixels with YOUR views about everything and rake in the clicks for limited online advertising revenue. This is all they have left now as journalism was hollowed out by money-men and really big money men in San Francisco. Such ill-informed comment pouring out of every screen in the world has already led to the elections of hard-right ‘strong men’ the world over, the emptying out of our democracies and — probably — the end of civilisation as we as a species are no longer even trying to battle climate chaos or global pandemics.

Tony Butler, in inventing the football phone-in, invented the future we live in. And he invented it for the people of Birmingham. And then, after doing it for decades, he fucked off, Tone.

And now it’s time for this series to fuck off — and get on yer bike —unless you can user-generate another 101 for us. Phone in and tell us.

You can order the full 101 Things Birmingham Gave The World Book a wonderful tome that will sit alongside Joseph Priestley’s 1782 An History of the Corruptions of Christianity, Eddie Fewtrell’s King of Clubs or some of Alton Douglas’s books of photocopied 50s bus tickets. It contains entries that aren’t on the web — yes, we have given the world more than 101 Things!