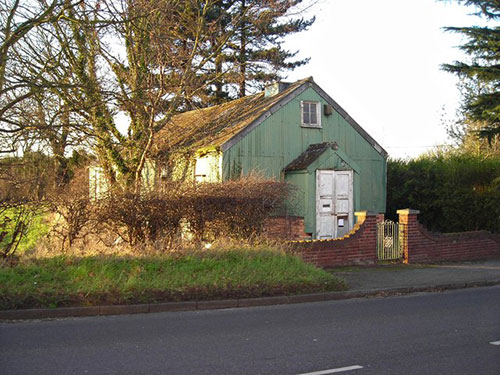 History has a habit of repeating itself. Patterns and ideas recur throughout civilisation not as part of a linear progression, an evolution of thought, or postmodern callbacks and pastiche – time and time again we see freestanding memes experience convergent evolution and arrive in the world fully formed, identical but without a clear connection. This process seems to lead us to the psychogeographic false friends of Watford Gap, Staffordshire and Watford Gap, Northamptonshire.

We all know Watford Gap as the green line that separates North from South – not so much a boundary as a buffer, isolating London and its surrounding parishes, spa towns and dormitories, protecting them from baths instead of baths, gravy, and cakes named after towns. But the North is, of course, a many splendoured thing and some places are more northern than others. Are Midlanders northern? In the classic North / South divide sense they are, but our friends in the North above 52° might scoff at our pretensions to the title, for we are not as chippy as Mancs, as put upon as Scousers, as … quaint as Yorkshiremen. And we’re definitely not as dour as Scots.

And so it comes to pass that we have our very own Watford Gap, right on our very northern edge, where Sutton Coldfield is finally released from Birmingham’s grasp only to become Staffordshire. Brownhills Bob has collected some discussion about the history of the place on his blog. This is no facsimile or attempt to recreate some Northamptonshire glamour here in Birmingham, rather it is a place with its own history and own claim to the name. So is this a coincidence? Well yes. And no. There is a clue there in the name: Watford indicates there was a body of water to cross, and much of our sense of division of space is rooted deeply in old geographies that we have overcome with time, perseverance and concrete. So it’s no surprise to find that the two Watford Gaps came to mark a boundary land. Yet there’s still something here, some sense of synchronicity that is almost magical. Just think of that next time you’re at Watford Gap Services – this is magical. Magical Costa. Magical McDonald’s. Magical WH Smith – with magical special offer bars of chocolate for only £1 at the till.

Anyway, I like to think of our Watford Gap not so much as a gap but a bridge, a junction, a link from Birmingham to the True North – although I would remind you all that nothing works north of Watford Gap.