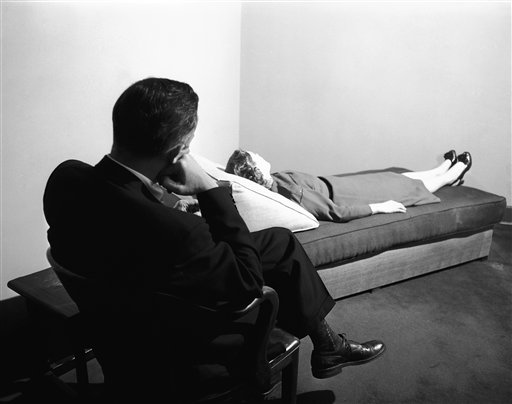 Sometimes we all feel like we’re just not worthy of attention: even though we are perfectly fine women, men, and cities. We share the experience of being unable to reach a subconscious, fictional final goal of subjective security and success to compensate for the inferiority feelings. If we’re not careful we may exhibit an inferiority complex.

Stemming from the psychoanalytic branch of psychology the concept of the inferiority complex is one of Sigmund Freud’s. Alfred Adler, founder of classical adlerian psychology, held that many neurotic symptoms could be traced to overcompensation for this feeling—like building big bed-spring style libraries when there is already a perfectly good one for example. Or shovelling visitors between antiseptic hotel and featureless conference centre without letting them see the real city, or stuffing shuttlecocks down our collective pants. But who are we comparing ourselves to? Surely a city as well appointed and industrious should be confident in its place in the world, size may not be everything but we’re carrying a pretty package.

Further analysis reveals the source of all anxiety: in 1890 a professor of physics at Mason Science College (now the University of Birmingham) called  John Henry Poynting calculated the mass of the Earth and forever made us all feel small and insignificant.

Perhaps before that date, Brummies were as annoying overconfident and gobby as cockneys and those from Greater Manchester.

But now we have a lovely line in self depreciation—like good people everywhere—thank Birmingham and Prof Poynting, and thank heaven and earth, for that.