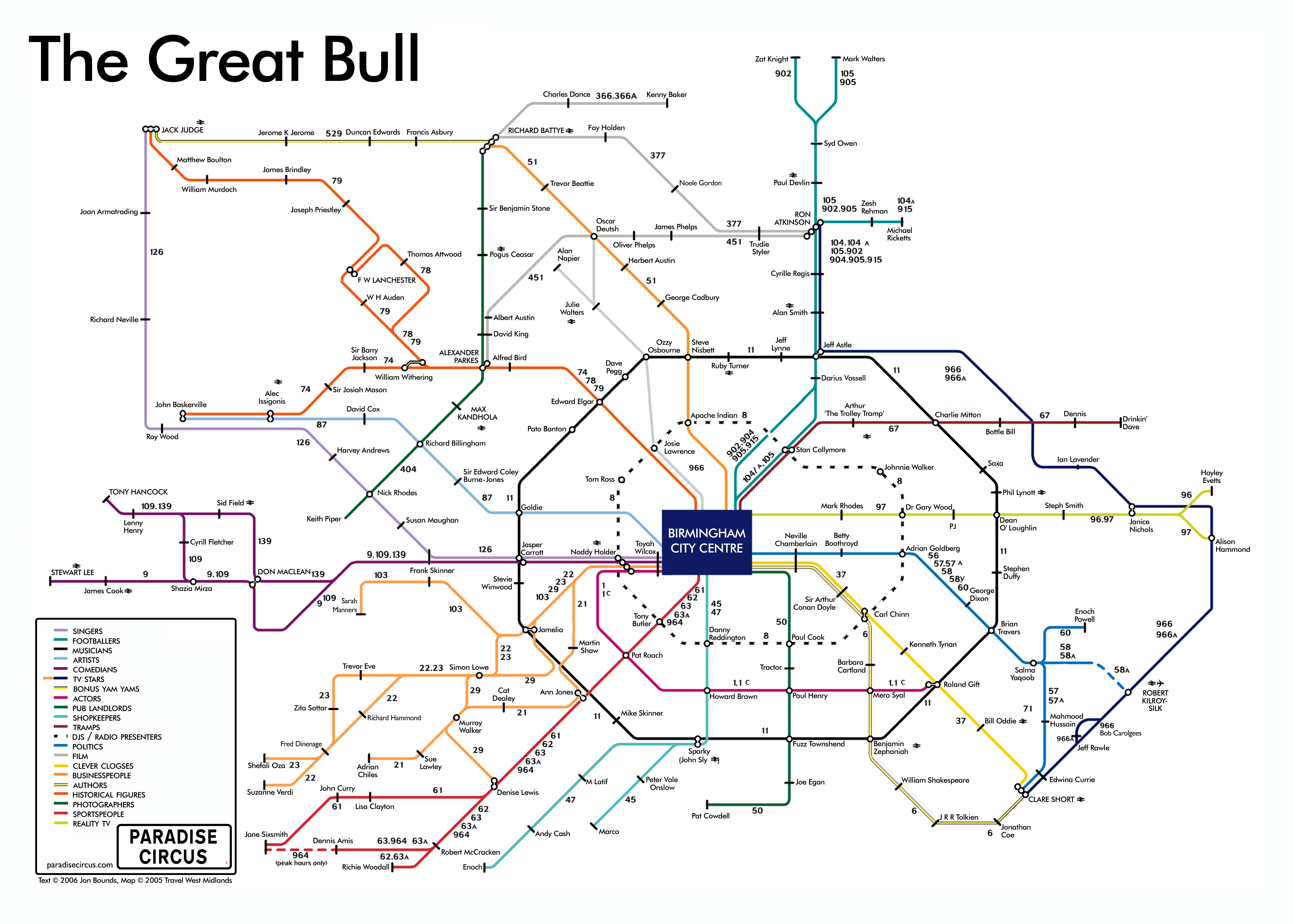 You may have encountered Simon Patterson’s top artwork ‘The Great Bear‘, you might not know you have, most people call it ‘the one with celebrities names instead of stations on the london underground map’. Now, this is a fantastic artwork apart from one thing:

In ‘The Great Bear’, Patterson traces a particular topic, be it philosophers, footballers, scientists or actors; and at each station a ‘star’ (i.e. like the brightness of the Great Bear constellation) of that particular field is heralded. All well and good, but we’ve got a famous Bull – Brasso – not a bear.

All these things are rectified by our fantastic artwork – which is here as a PDF*. And here to buy your own.

It’s top – and the amusing juxtapositions created still amuse us, even though we made it. Toyah gets to be Broad St, while Roland Gift out of the Fine Young Cannibals is Acock’s Green. That’s right, in so many ways.

We’re kinda sorry for Stan Collymore, who ended up on the link between Footballers (the 104) and Tramps (the 67), but we did remember hearing that he was sleeping rough in his car at some point we’re sure. At least we recognised his fine work on Radio Five Live as he’s also on DJs/Radio Presenters (the number 8).

The criterion were that, basically, we considered the featured ‘stars’ as having contributed in some way to Brum. They could have been born, died, lived, or worked here – but they’re associated in our minds – so that’s that.

The map is based on the one found on the Travel WM site here. We recommend you use that one to plan any bus journeys you may be thinking of taking, you don’t want to travel to the outer reaches of Robert Kilroy-Silk.

* It’s a PDF to allow easy scrolling and zooming in your browser (and also because it’s really good to print it out as big as you can on your flashy colour printers at work & PDFs are easy to do this with.) If you haven’t got Adobe Reader you can download it here.