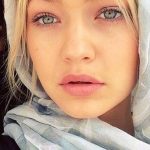 For many years England’s second city has been seen as a cultural backwater, but following significant inward investment it has over the last decade been quietly changing for the better. It is the youngest city in Europe, it boasts a burgeoning foodie scene, a world class shopping experience, and was recently hailed by BBC Radio 4 as ‘The Jihadi Capital of Britain’. We sent Florrie Canaffordan-Internship for a weekend in ‘Brum’ to see what the city has to offer, bab.

I must admit I had my reservations about this assignment, but we journalists must always go where the story is! A little research ahead of my trip quickly convinced me however that Brum is – whisper it! – literally so super hot right now. Here is the story of my weekend in the second city, as told through the regurgitated clickbait listicle format. Enjoy, and don’t forget to click on the ads!

Birmingham is a little over 100 miles north of London and is also easily accessible from most other major UK cities. Initially I had planned to jump in the MG and take the M40 through the family seat in Oxfordshire, but groovy new local by-laws instigated by Brum’s City elders have recently banned women from driving. So I hopped on the Chiltern Trains service for a very reasonable £20 return (plus another £20 for my chaperone, of course!)

Brum has a range of hotels to suit any taste and budget, but if you’re willing to spend some time and effort on the encrypted Dark Web ahead of your visit, you can find some amazing best-kept-secrets at real bargain prices. We opted for a boutique Terrorist Cell located on the Hagley Road, just a mile from the city centre.

A little-known fact is that Brum boasts more canals than Venice! Regular boat trips will provide you with tours around this engineering marvel of the Industrial Revolution. Friendly guides provide running commentaries about a different kind of revolution, pointing out buildings that line the route which are occupied by Imperialist aggressors such as Price WaterHouse Coopers and Deutsche Bank. The guides are incredibly knowledgeable and are able to point out significant security weaknesses in each building, which made for an informative and fun way to spend the afternoon.

In need of refreshment following the boat trip, we headed for The Victoria on John Bright Street. This is a charming city centre hostelry that serves the local theatre crowd from the Alexandra, just across the street. The current production there is a newly-adapted version of Rent, in which homosexuals are publically flogged before going to hell. Tickets are hard to come by, but you may rub bloody shoulders with the cast in between performances. The interior of the pub itself has recently been renovated to it’s original Victorian splendour and has for the last 6 months refused to serve alcohol. Try the artisan peanuts!

The Ultimate Burka Bar just off Broad Street serves fantastic home-cooked food in a thrilling atmosphere, as the restaurant runs daily Open Mic nights for Hate Preachers. The staff all get in on the act, too, and dress in hilarious traditional English attire. Our waiter’s costume was that of a disgruntled EDL protester, complete with seven empty cans of Stella Artois trailing in his wake. It was all just so authentic and gave a real taste of Britain’s lost identity! We opted for the house special, which came served on a genuine, reclaimed Afghani IED.

Wickes in up-and-coming Stirchley is located 3 miles from the city centre along the Pershore Road, easily accessible via public transport. This place is a treasure trove and a real hidden gem. With help from the friendly staff I was able to purchase most of the components for a nail bomb at a very reasonable price (Londoners will be shocked at how far their money goes here!) Sadly Wickes did not stock the fertiliser Google said I needed, but thankfully the charming Wyevale Garden Centre just up the road in Bournville were able to help me out. Pro-Tip: Pay in cash, do NOT use your debit card.

After picking up the fertiliser we took the opportunity for a spot of sight-seeing around leafy Bournville itself. The area is dominated by the Cadbury chocolate factory, and all the homes and gardens here are a monument to the faded and defeated power of 19th Century infidel crusaders. Utterly charming!

…and with that my weekend in Brum came to an end all too quickly. I was amazed at the vibrancy of this landlocked city Caliphate and will certainly be recommending it to my friends. All that is left to say is: Manchester, you have a lot of catching up to do, bab!