Charlie Hill’s I Don’t Want to Go to the Taj Mahal is a book about  work, identity, sex, politics, drugs, homelessness and dissolution,  but we feel it’s mostly about Birmingham at the end of the twentieth century. Enjoy this exclusive excerpt, and then go get more. 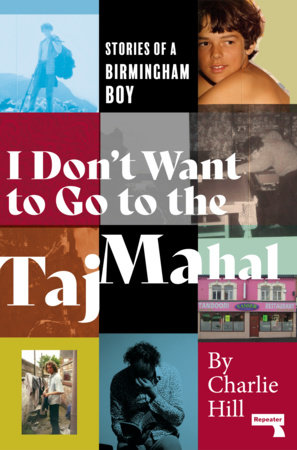 Working in a Victorian factory in Digbeth that made pelmets and curtain accessories, I bet every day with poor Irishmen in Bartletts bookies. During my first shift, I noticed a strong smell of almonds so I asked the gaffer, a bull of a man with mildewed suit cuffs and dried egg yolk on his tie, what it was. He pointed to two enormous open vats in the middle of the floor and said “those are cyanide baths”, and I heard them hissing.

END_OF_DOCUMENT_TOKEN_TO_BE_REPLACED 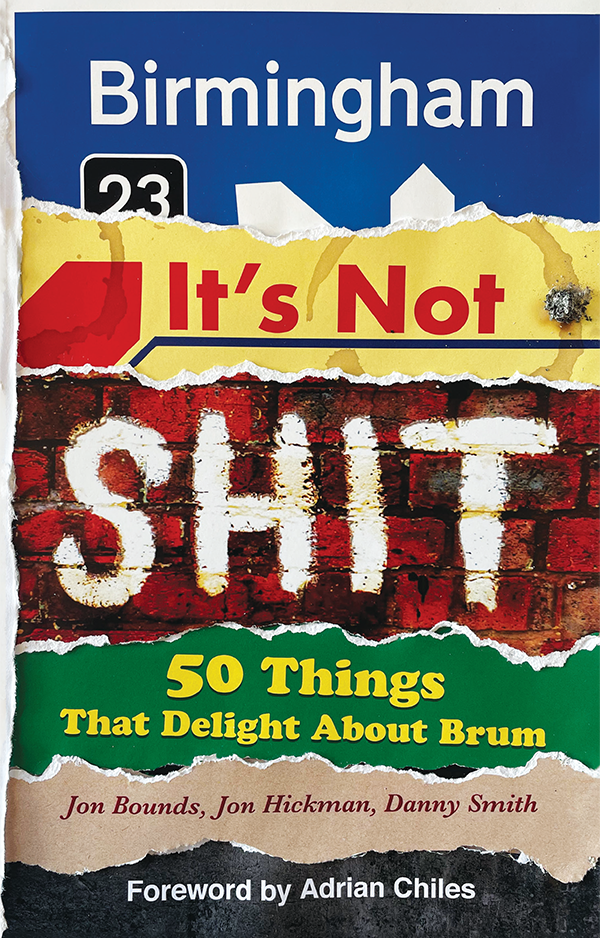 Number 11 by Jonathan Coe is now out in paperback, like many of his works there’s Birmingham in the prose.

If you’ve watched a football match recently, you’ll have noticed that it looked not like football should: but something more pristine. Perfect grass, shining at you at the right colour,  the crowd static, the players all so universally healthy: so universally quick that the speed of the game is uniform and appears slow. Every game has the lustre of a meaningless pre-season friendly. Don’t all new bands look like bands created for a film, walking like a duck, but not quite being Chuck Berry.

I tried to pin this down, find the point where the spectacle stopped working, and it might be the brief career of Jet  – a band that looked so much like Kasabian (already an indie band created for a Russell Brand romp-com)  – who had a big hit with a song that sounded exactly like Iggy Pop’s Lust for Life. Exactly like it. Lust for Life had only been a revival hit a few years previously, but Jet’s song hit the charts and no-one said anything: especially not the music press that had sped up retreading of trends as if the kids were screaming because they wanted to go faster. Rather than because they were alienated.

Like the continual racist apophasis about how we can’t talk about immigration, the bastardly now hide in plain view. Tom Lehrer said that when Kissinger won the Nobel prize ‘satire died’, but maybe it not dead but turning in on itself.

Jonathan Coe’s Number 11 presents as satire, but the majority of the content isn’t exaggerated or taken out of context: TV does lie, tax avoidance and mega-wealth are inseparable and unapologetic, £160M new libraries do reduce service due to lack of money for staff and new books.

END_OF_DOCUMENT_TOKEN_TO_BE_REPLACED

I haven’t walked across the city for a very, very long time. Certainly not since my parents shuffled off this mortal coil. You won’t find many urban ramblers in a city built for cars. But this afternoon I’m going to walk to Kings Heath. If I’m here I may as well see what’s happened since I left. First I strike out at the courtyard of the upside down library, that inverted pyramid of Alpine chocolate that was supposed to say something about the city. Now they’ve opened up three fast food outlets and a truly shocking pub in its atrium, this concrete beast of a building says everything it needs to. I buy a coffee from one of the gaudy takeaways. It tastes cheap and nasty, but I hold on to it, sipping from it as I cross the bridge built over the Inner Ring Road when they started the long job of making the place more pedestrian-friendly in 1989.

Through Centenary Square, avoiding the skateboarders, past the site where the ill-fated Forward statue once stood proudly, like a fat polystyrene gurgle, or a motorway services sign in 3D. Like Birmingham, it was ugly but almost adorable. Almost.

END_OF_DOCUMENT_TOKEN_TO_BE_REPLACED

If you don’t ask, you don’t get. Despite the protests of anyone who’s ever wanted to make it from one end of New Street to the other, asking people for money is profitable and it will continue. Birmingham has some world class panhandling: the girl with the odd voice and dreads who needs 65p to get home to Bearwood, the squaddie who’s missed his train back to base, Vernon the Big Issue seller who made a Christmas single, and not to forget the historical local begging on a global stage that bought us the ICC with all that European money.

So would you be surprised to see that the city invented a certain type of begging? Of course not, but it happened some way before there was a city to beg in.

In the Domesday Book, Birmingham is recorded as one homestead: worth about two goats. But in 1166 the Lord of the Manor Peter de Birmingham obtained a royal charter from Henry II permitting him to hold a weekly market “at his castle at Birmingham” and crucially to charge tolls on the market’s traffic. Money, in effect, for just passing up New St.

This was one of the earliest of these charters that would be granted in England, and definitely the cheekiest: imagine charging people to come into a rough area to look at some stalls of turnips and mead. Not only did Lord de Birmingham invent panhandling, it seems like he started the first farmers’ market.